We went to view the POP! Departures exhibit during opening weekend (outfit post here) at the Seattle Art Museum. If you’re in Seattle, I totally recommend going to see the works of Andy Warhol, Roy Lichtenstein, Jeff Koon, and more. I’m currently teaching my seniors about Mass Society Theory, the idea that modern culture is standardized, uniform, and commodified due to media, technology, and consumerism. It was fascinating to view the art through that critical lens.

Beyond Warhol’s “Marilyn” and Lichtenstein’s “Kiss”, here are some of my favorites from the exhibit: 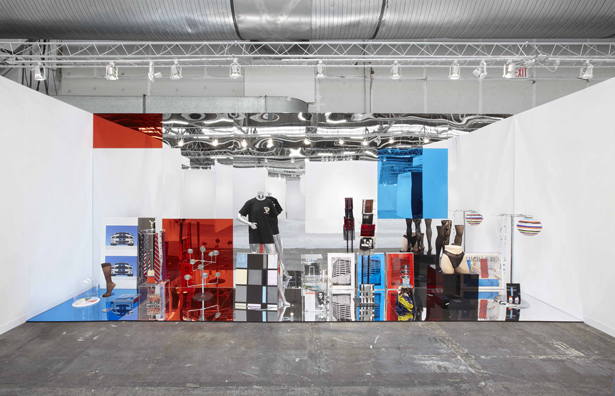 Josephine Meckseper, American Mall. She notes that shopping malls are becoming obsolete as consumers are shopping online. Even so, the concept of “the mall” is still so American, with commodities, entertainment, and exploitation of work force all on display. (Photo credit: Andrea Rosen)

Additionally, the City Dwellers exhibit is also currently at the SAM, which shows the contemporary Western influences on modern India:

Then, just because this is one of my favorite permanent pieces at the SAM:

Arshile Gorky, How My Mother’s Embroidered Apron Unfolds in My Life. Gorky, a survivor of the Armenian Genocide, painted this as he remembers the many stories his mother would tell him as a child as he’d press his face into her apron. Gorky’s mother starved to death during the persecution, while he was able to escape to America.

Thank you Seattle Art Museum for the press passes!

You may also enjoy:

Our Babymoon in Kauai!

Merry Christmas From Our …